Primula sieboldii, the Japanese ‘Cherry Blossom’ primrose, also known as Sakuraso, is native to East Asia and Japan. It was introduced to Europe in 1830 by Doctor Phillip von Siebold, a Bavarian physician and botanist. He worked for the Dutch East India Trading Company in the then capital of Japan, Nagasaki and was responsible for the introduction of many plants; species such as Primula sieboldii, Hosta sieboldii and Magnolia sieboldii.

Primula sieboldii has a status in Japan much like Primula auricula does in Europe. The Japanese have cultivated them since the early 17th century and there are around five hundred named varieties, many of which are available from specialist nurseries in the UK. 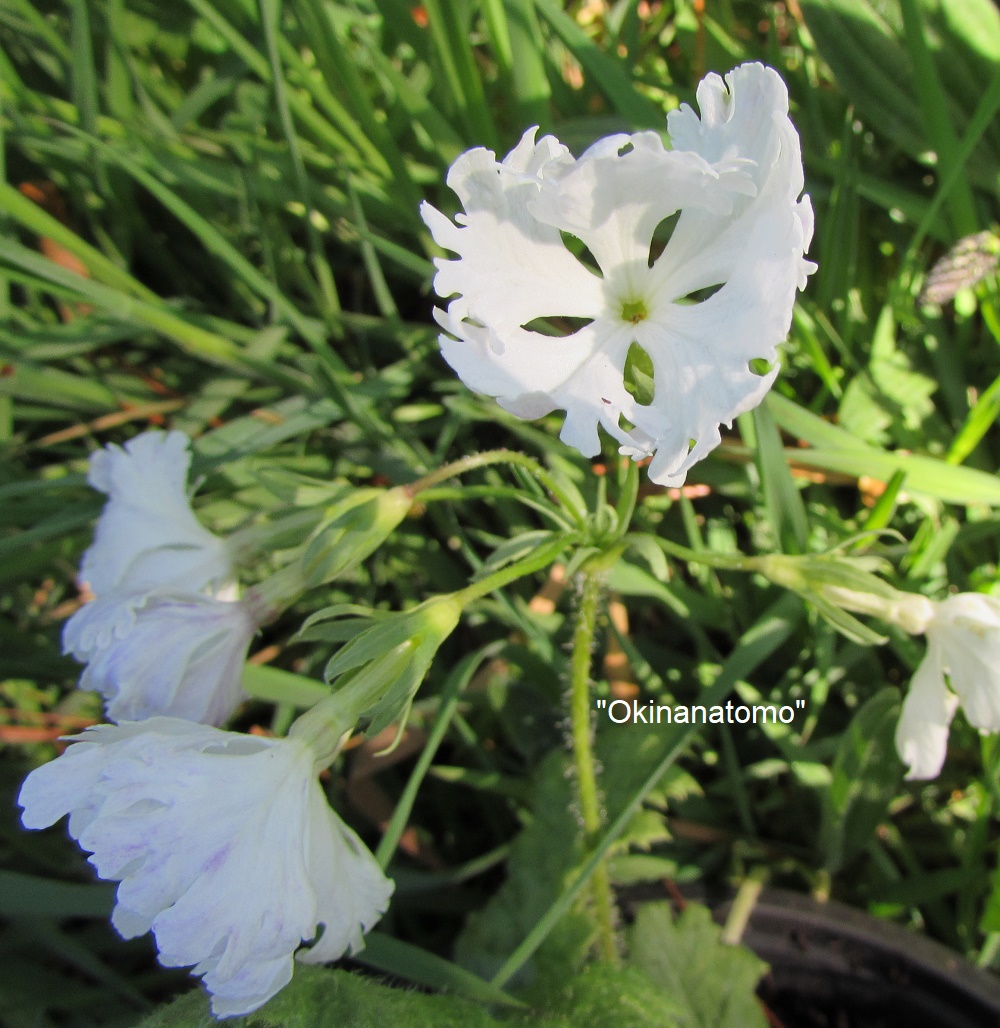 Sieboldii flowers range from pure white, pale to deep pink and mauves to pale blues.  Extensive breeding has resulted in many forms of flower, the most elaborate being the snowflake group.  Primula sieboldii ‘Okinanotomo’ is typical and has deeply cut, pure white, outward facing flowers.  Primula sieboldii ‘Kokoroiki’, another snowflake type, has bright pink flowers.  My favourite snowflake type though is P. sieboldii ‘Frilly Blue’.  Raised by Alan Bloom, it produces masses of lilac mauve flowers. No surprise that it is one of the most sought-after varieties. 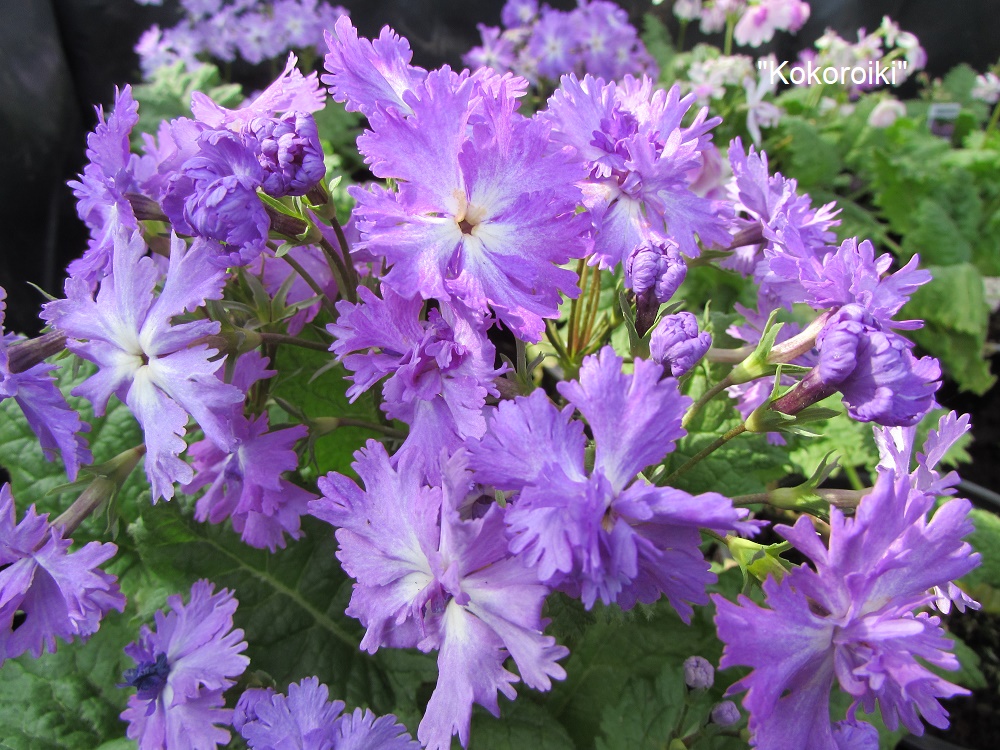 There are many varieties with flowers that ‘sport’.  The flower has streaks or splashes of a darker or lighter colour.  For instance, Primula sieboldii ‘Dancing Ladies’ has an outward facing white flower streaked with rosy pink whereas P. sieboldii ‘Dark Lady’ has a pink flower streaked with white.  These sporting varieties are particularly popular with Japanese collectors and exhibitors. 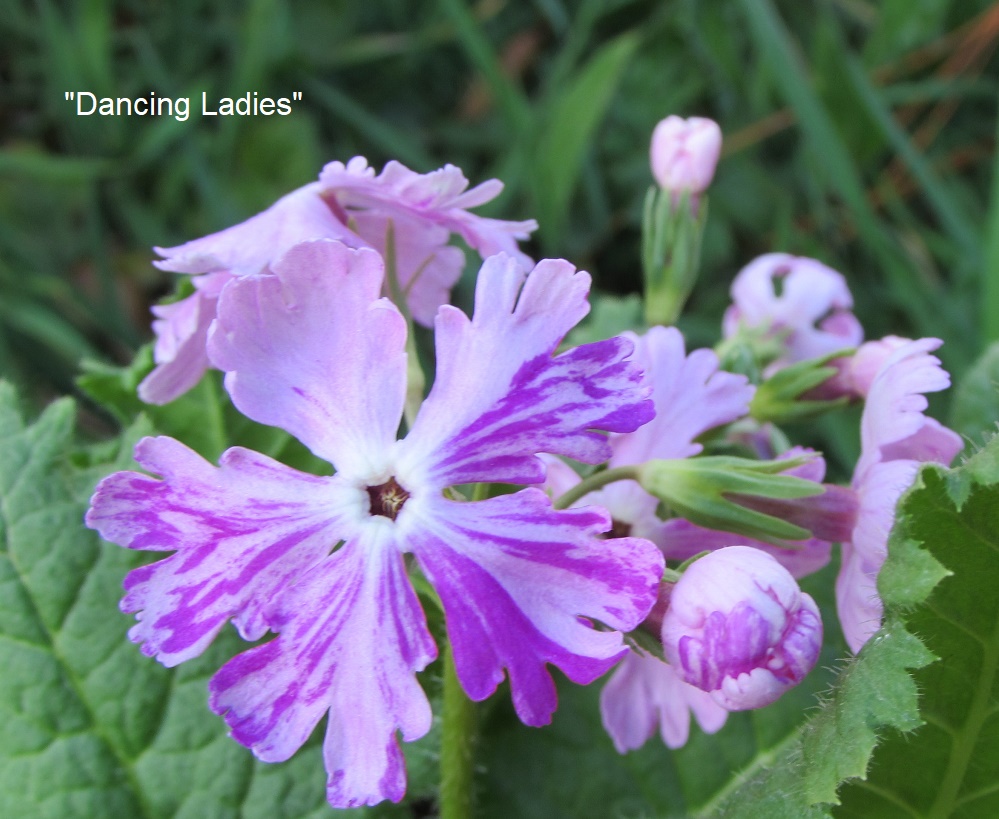 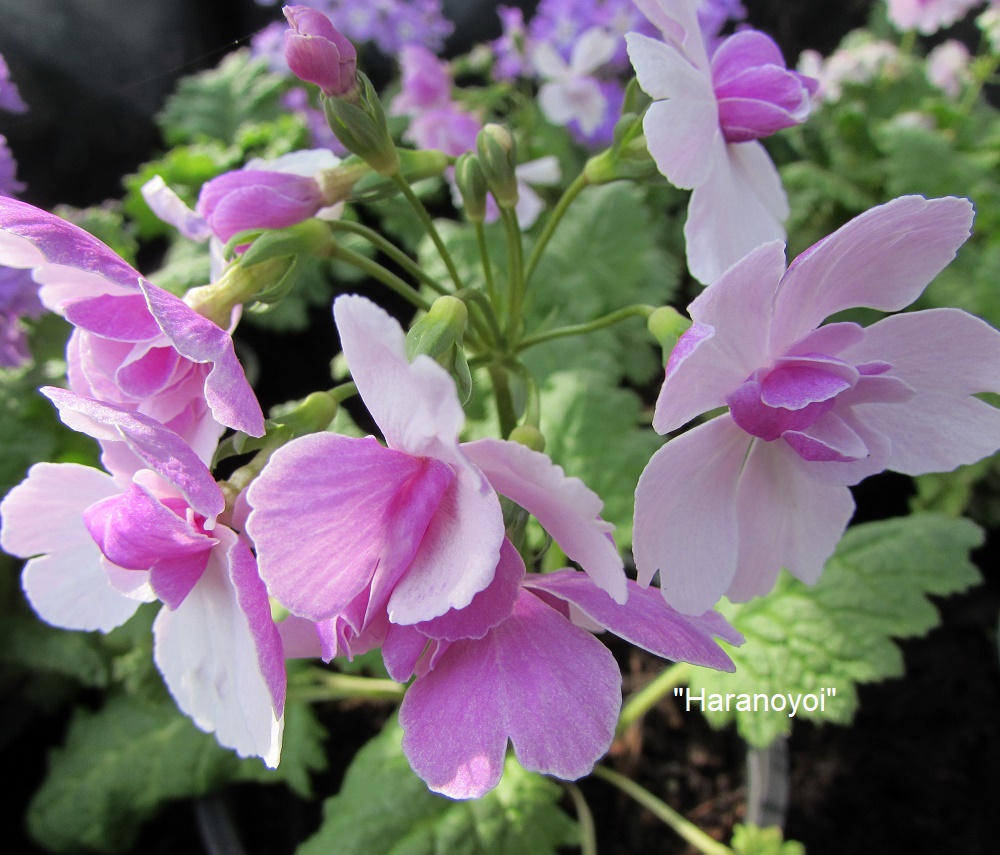 Primula sieboldii are deciduous and die back in autumn.  The first leaves start to appear as early as mid-February.  Attractive, downy, crinkly, lozenge shaped leaves are followed by flower stalks with a whorl, sometimes two or three whorls of flowers.  Depending on the variety sieboldii flower from early April until late May/early June.  Despite their delicate appearance sieboldii are very hardy and can be grown throughout the UK.  The plants vary in height from 6 to 12 inches (150 – 300mm). They are rhizomatous plants that slowly spread to form a clump, but are never invasive.  Sieboldii are not demanding.  They are native to open woodland and damp meadows and prefer dappled shade.  Sieboldii do not tolerate direct midday sun.  Acid to neutral, moist soil with lots of organic matter and a cool root run is ideal.  Cold is not a problem, they are often covered by snow in their native habitat. They don’t like the winter wet, ground that becomes saturated should be avoided.  In our garden sieboldii thrive on the North side of a deciduous hedge. 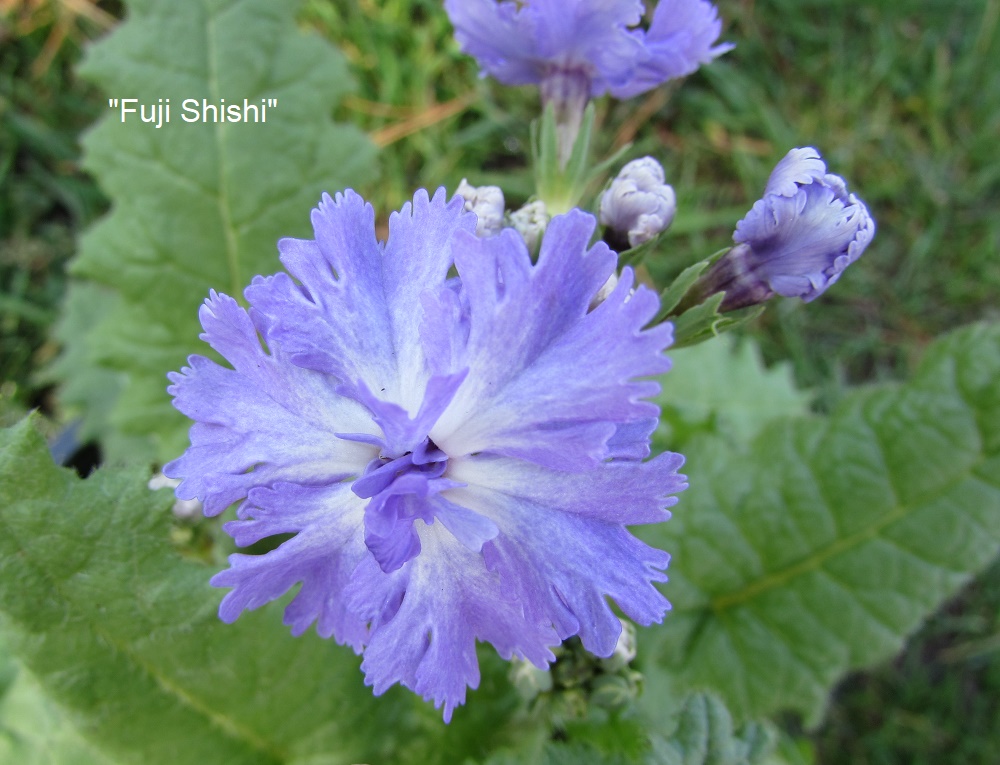 Sieboldii are quite happy in containers.  In Japan enthusiasts grow sieboldii in glazed pots and exhibit them in a bamboo structure called a ‘Kadan’, much like a Primula auricula theatre in Britain.  Container grown plants should be divided and re-potted occasionally as the rhizomes slowly spread to the edge of the pot leaving a bare patch in the middle.  We use a potting mix of 2 parts composted bark, 2 parts leaf mould (use 4 parts bark if leaf mould is not available) 2 parts John Innes and 1-part grit or perlite.  A top dressing of leaf mould and a light feed after flowering is beneficial.  Plants can be divided in autumn, but we prefer February when the first signs of growth make it easier to find the rhizomes.  As soon as the first leaves start to appear carefully tease out individual rhizomes, they are quite small, three to a one litre pot is about right.  The plants will be ready to pot on or plant out into the garden within a few months.  It’s a good idea to save any compost from the divided plant as the rhizomes, being so small, are easily missed.  Spread it out in a seed tray and pot up the new plants as soon as leaves show.  Viable seed is often produced, it should be sown in a seed tray when still fresh and left outside over winter.  New plants won’t look quite like the parent plant, but you may be rewarded with some interesting looking specimens.

Container grown plants don’t like to be overwatered in the winter.  Keep them in an unheated greenhouse with the door left open, a cold frame or a sheltered spot away from the worst of the rain.  Water very sparingly until new leaves start to appear.  In early March we move our container grown sieboldii outside and stand them in a semi-shaded place.

Primula sieboldii are easy to grow, long flowering, don’t take up a lot of room and are very collectable.  They are becoming increasingly popular and rightly so, they deserve more attention.  The only downside for me is some of the names.  How on earth do you pronounce Primula sieboldii ‘Jyuuyuunoutage’!

To see which fairs Chris will be at: click or tap here

Lyneal Mill Nursery are growers of hardy, herbaceous perennials, particularly Spring flowering, wildlife friendly plants. They produce a wide range of Primulas and specialize in cultivars of Primula sieboldii, the Japanese Cherry Blossom Primrose. All of their plants are propagated at the nursery and grown in peat free compost.