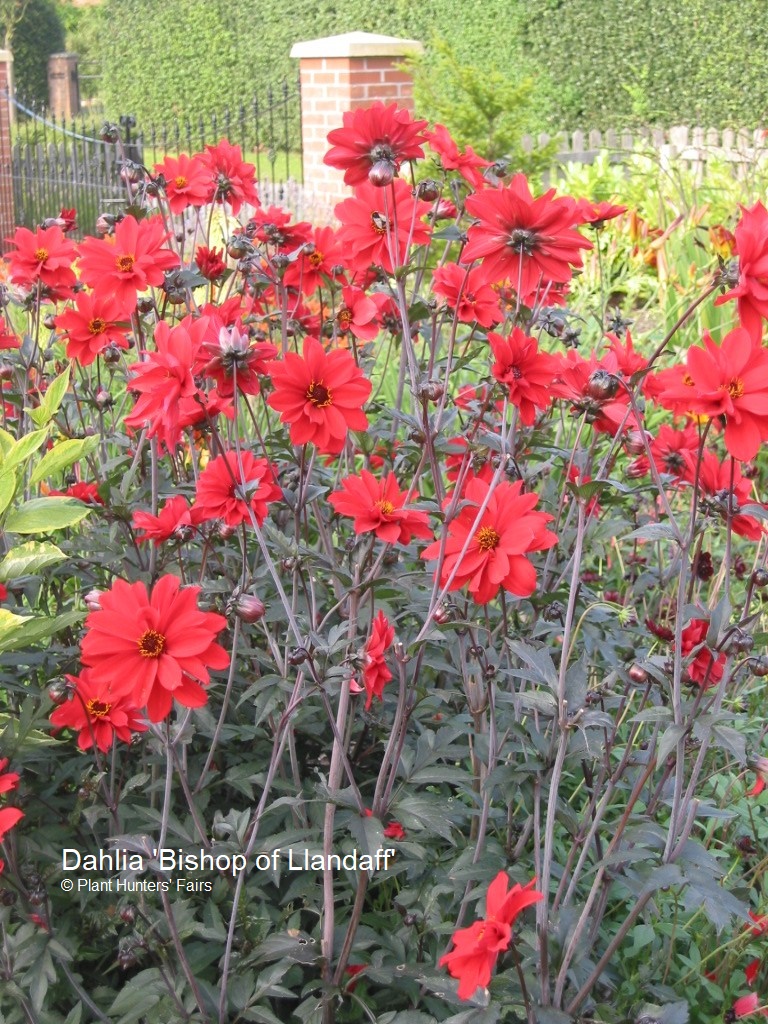 Dahlias were Regency and Victorian favourites:  Their exotic colours and flamboyance appealed to the fashionable gardeners of the time.  But by the mid / latter part of the 20th Century, they had become the preserve of allotments, grown only for exhibiting at flower shows and were deemed rather bad taste.

All that changed in the early 1990’s when Christopher Lloyd famously dug up the 80 year old Rose Garden at Great Dixter and transformed it into an exotic garden where lush foliage like hardy bananas and cannas were mixed with brightly coloured, late-summer plants, including dahlias.

The first dahlia to gain ‘respectability’ was ‘Bishop of Llandaff’, with its striking semi-double, bright vermillion-red flowers above dark bronze-green leaves.  It was bred and selected by a Cardiff nurseryman in the 1920’s and many of the other ‘Bishop’ dahlias have been bred from this.

Semi-double flowers have two or more rows of petals surrounding a central disc but dahlia flowers come in various ‘shapes’ and sizes and there are several other forms.

Single dahlias, such as 'Bishop of York' and 'Bishop of Auckland', have a single ring of petals around a central disc and are fantastic for bees and other pollinators as they have easy access to the flowers’ pollen and nectar. 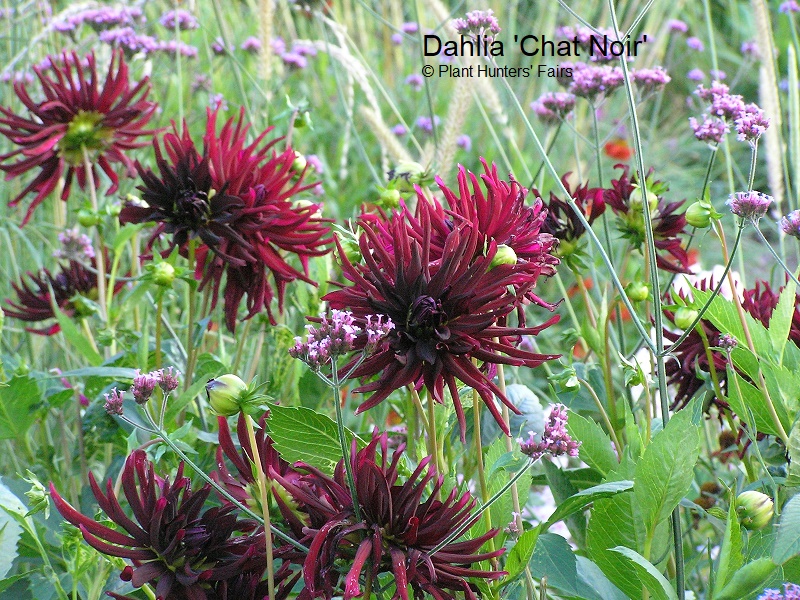 Cactus dahlias, such as‘ Chat Noir’ and ‘Gold Crown’, have fully double ‘spiky’ flowers and are some of the most spectacular.  They can trace their lineage back to a single surviving plant grown from a crate of tubers imported into the Netherlands in 1872.

Water-Lily dahlias, as the name suggests, resemble water lily flowers.  They have broad, shallow double flowers that are shaped like a saucer.  For example ‘Nicholas’.

Anemone dahlias have unusual-looking tubular florets in their centre, surrounded by at least one ring of flatter petals on their outside.  For example ‘Totally Tangerine’. 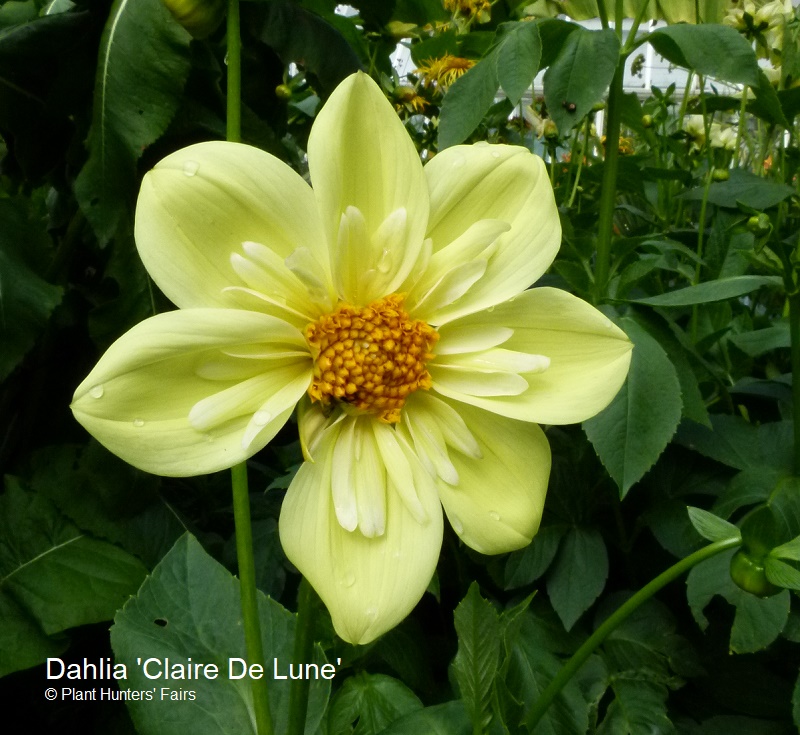 Collarette dahlias, such as ‘Clair de Lune’, have overlapping, large petals that surround a ‘collar’ of smaller petals around a disc in the centre.

Star dahlias, such as ‘Verone’s Obsidian’, are members of the single-orchid classification of dahlias. Each flower is made up of 8 petals which curl inwards towards their tip, around a central disc.

Decorative dahlias, are fully double flowers with slightly flat and broad petals. They are the largest of all the dahlia flowers. For example ‘Admiral Rawlings’, a handsome and vigorous dahlia from the Edwardian era that is also one of the tallest dahlias at up to 200cm.

For best results, grow dahlias in a sunny, well-drained spot in fertile, well-drained soil. Deadhead regularly and feed with a potash-rich fertiliser to prolong flowering. Lift the tubers after the first frosts and store them in a cool, dry place until March. Then pot them up and keep them in a greenhouse before planting out in late May once the danger of frosts have passed. Dahlias make excellent cut flowers too.

So, whether you want big, blousy, flamboyant flowers or simple, delicate flowers that are great for beneficial insects, there is a dahlia out there for you!

Alison's Bridge Farm Plants will be at all our fairs in August and September in 2021. To see all the Plant Hunters Fairs they attend this year: Click here.